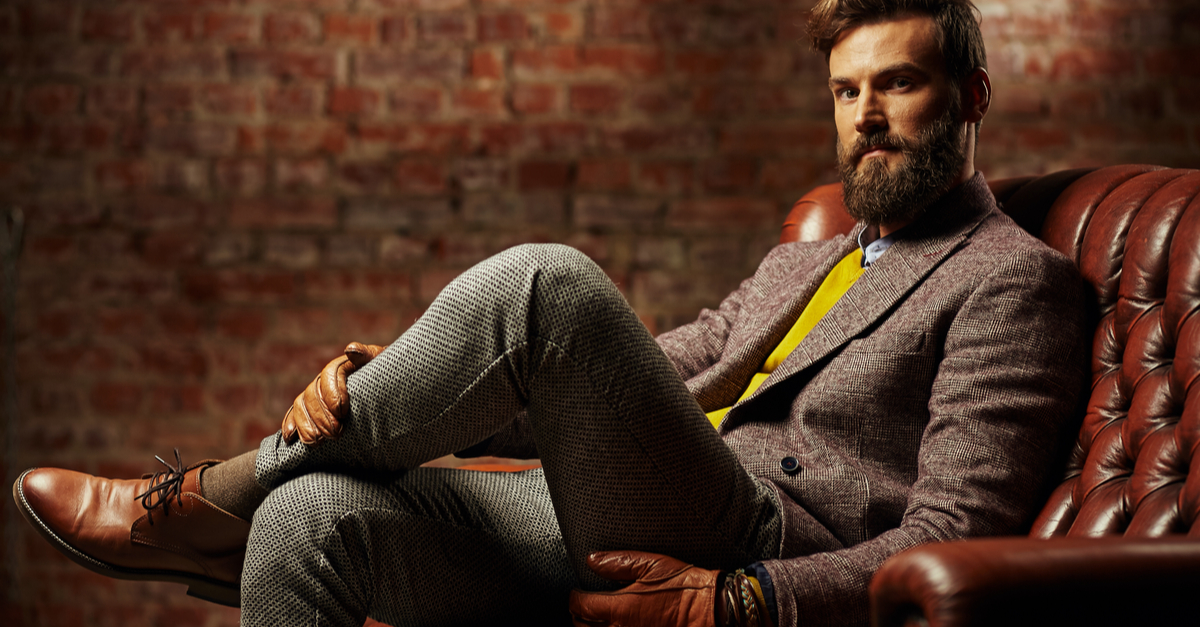 An oval-shaped face looks brilliant. The best part is that there are innumerable styles that suit the oval face shape. We will tell you about the origin of the beard style, few celebrities who flaunt the beard style, how to create the style so that it looks groomed and well-kept, and the best products to take care of the chosen beard style.

An oval face is characterised by a chin that is in perfect symmetry with the forehead. The jaws are narrower compared to the cheekbones, and the chin is rounded while the face is vertically longer than the breadth of the cheekbones. The forehead is larger, too, in comparison with the jawline.

The beard hardly exists except the hair on the jawline’s edge and sparsely on the chin along the hairline from one side of the face to the other side.

Thought to have originated in the 18th century in Europe, it became quite popular through the 19th century, spreading to Japan.

The Man Company Beard Combo (Argan & Geranium) containing the Beard Oil and Beard Wash is made from 100% natural oils.

This beard style for the oval face is characterised by the chin’s hair and none on the cheeks. It is a flexible style, so you can vary it a bit as per your preference.

The word ‘goatee’ comes from the goat’s tuff of chin hair. It is accepted to have its origin in the ancient civilisation of Rome and Greece. Interestingly, during medieval times, the goatee was synonymous with Satan.

The Growth Duo from The Man Company keeps your skin and beard hydrated.

Resembling the chin strap, the chin curtain is fuller in growth, as it covers the entire chin and the underside of the face. Also, it touches the sideburns on either side.

It is referred to as Shenandoah; the style was popular during the hippie culture in the 1960s and 1970s.

Minimalistic appearance, this beard style for oval face accentuates your style. A small tuff of well-groomed hair under the lower lip with the rest of the face clean defines this style.

The style was popularised by Dizzy Gillespie, a jazzman in the 1940s.

A distinct beard style characterised by thick sideburns, a horseshoe moustache, and the soul patch. The moustache and sideburns do not touch.

Denoting masculinity, this beard style for oval face is marked by full and natural facial hair growth without any contouring. A full beard is three months and older.

This style is one of the oldest, believed to have originated during prehistoric times.

The full beard can be a bit too much for many men to maintain and keep groomed. The short boxed beard is more manageable. It is the shorter version of the full beard; looks neater and well-defined.

The origin of the short-boxed beard is as old as the full beard.

This style is another neater and cleaner version of the full-grown beard. The name says it all – for men in the corporate industry who love to flaunt a beard, find this style the most impressive.

This style evolved much later, compared to the full and the short boxed beard. The corporate culture brought in this beard style.

The Beard Creme from The Man Company is the right product for a healthy beard.

The beard is characterised by thick facial hair and is grown in a full beard style. The moustache is naturally grown and has a characteristic brushed side like the English moustache.

This beard style for the oval face originated from the 19th-century military politician called Giuseppe Garibaldi.

The Man Company’s The Sharp End for a clean, elegant look.

This beard style is characterised by a styled moustache that is detached from a full beard. The lower hair is fuller and thicker than the hair on the cheek.

The yeard is one of the most elemental beard styles leaving you to look manly. The style consists of a neat full-grown beard with trimming required to remove split ends. The moustache is left to grow long naturally.

The yeard is also one of the oldest beard styles for an oval face from prehistoric times when men had no means to shave off their facial hair.

Use The Man Company’s Beard Affair (Almond & Thyme), consisting of beard oil, wash, and wax, for the best finish.

This beard style is famous for its rich and voluminous growth and calls for dedicated patience for at least six months for the best results – no trimming on the cheek or the neck with a natural moustache. The latter hangs over the mouthparts.

The beard style is named after Eric Bandholz, a pioneer in the facial hair industry.

Razors from The Man Company.

The thin goatee is similar to the classical goatee but much slimmer and thinner. It looks extremely neat and clean.

This style is one of the findings of the modern generation.

One of the easiest beard styles for an oval face, it is easy to develop and maintain. As the name suggests, it is a strip of hair on the chin region resembling a landing strip.

No data is available on the origin of this style.

The Sharp End line from The Man Company.

Having trouble growing a full beard? Go in for this style that has sparse chin hair and a thin beard. There is a moustache, too, that is disconnected from the chin hair growth. The region under the lower lip is also kept hair-free.

The style can be traced to the old Roman period.

If you are blessed with thick facial growth, then this is the one for you. It is a classic with thin sideburns, a heavy moustache, and a thick beard.

The Woodsman look goes back a long time – ever since the woodcutters existed.

As of now, no celebrity flaunts this beard style.

The Man Company’s Before & After is good.

There is no evidence of when the beard came into being, but it has been around for a long time.

The Man Company’s Post Shave Lotion is good for the health of the beard.

The fuzzy look says it all; the hair growth is along the jaw and the chin but more neatly maintained than the classic short beard.

The fuzzy beard evolved along with the classic beard, short and full-grown. No exact dates are known, but men have flaunted this style for ages.

In this style, the chin is filled with partial hair growth and a small patch lower to the lip.

The style has evolved in the last few decades with increased awareness about styling and grooming beard and moustache.

Beard Affair from The Man Company.

The Growth Duo from The Man Company.

This style is characterised by the full heavy hair growth around the chin, cheek, a well-groomed moustache, and a neat goatee.

The beard is usually sported by people who love to drive lowriders.

The French fork is a unique beard style for an oval face. The bottom of the beard is split into two. The beard style represents French forts from medieval times.

The history of the beard is traced to the French medieval era.

Beard Wax from the Man Company.

Clean-shaven men have this beard if they do not shave one day. It is a beard in its infancy. It gives you a rugged manly look if kept well.

This beard form has been an integral part of the male species of civilisation.

Choose from The Man Company’s Pre Shave Oil, Before & After.

A chin curtain without sideburns and a moustache added to it makes this unique style.

The golden era of Hollywood witnessed many actors sport this style.

The Man Company’s The Sharp End is the best.

The beard looks like a ducktail. Longer hair on the chin with short tight sides.

Not much is known about the evolution of the ducktail style.

A beard style for the oval face recognisable from a distance, the sparrow is characterised by a short beard or chin curtain with two beard tails hanging freely from the chin. The other features are the soul patch and a detached moustache.

The Man Company Razors are best for moustache and beard.

Think of a chinstrap beard in its thinnest form with very thin lines connecting an ultra-thin pencil moustache and goatee.

This style’s origin is not known, but it is a popular style today because of its distinct look.

The Beard Wash (Argan & Geranium) from The Man Company.

These winters, promise your body a complete care