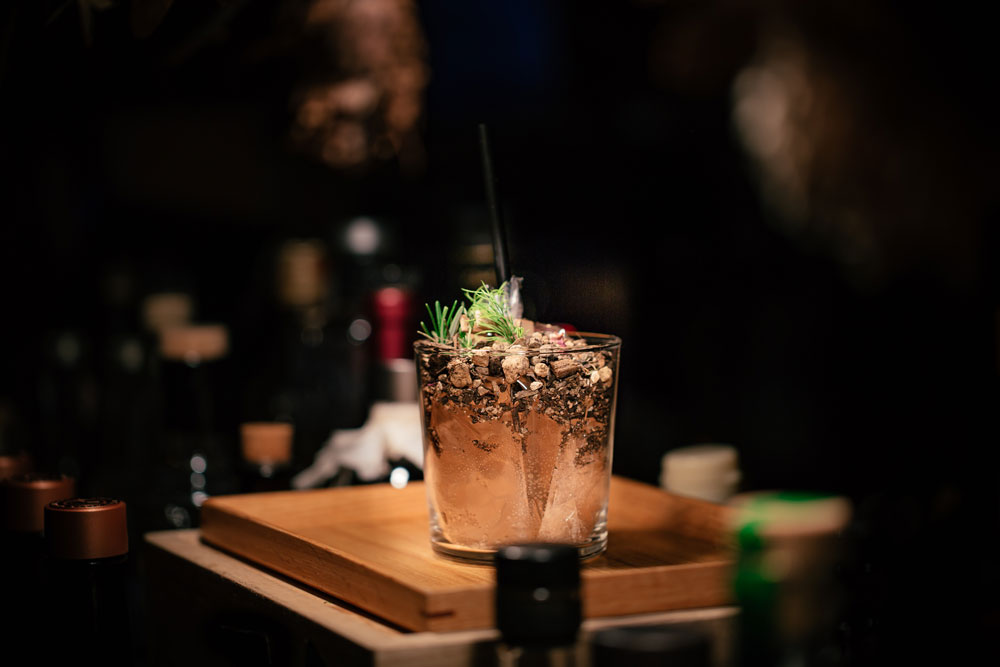 It’s hot out there. And when we say hot, we mean the devil’s just sitting out there with his blow-torch aimed at us, singing the hair right off our skin.

How does one deal with this misery beyond cranking the air-conditioning to full blast and watching re-runs of old, jaded sitcoms all day?

We have an idea. In fact we’ve had a very cool idea. And the idea involves alcohol.

“Don’t wanna drink in this heat” we hear you say?

If these aren’t reasons enough, then there never will be enough reasons that we could give you, so you can get back to your sitcom please.

HOWEVER, if we were able to get your interest going, we bring you 5 Summer Cocktails put together by celebrity mixologist Yangdup Lama, stuff that could be fixed by an average Joe at home.

Nice icy cold mixes that’d taste like an explosion of flavours and go down your throat like a fat man on a water slide.

A classic Gin and Tonic is a brilliant summer cocktail anyway, but Yangdup’s added a twist that’ll give your taste buds something to think about.

Gin and Tonics are a part of the “highball” class of cocktails. A highball cocktail basically refers to a cocktail that has a larger portion of non-alcoholic mixer as compared to the amount of alcohol in it.

Legend has it that the word “highball” name comes from cocktails being served in pantry cars of steam trains where when the train was going at high speeds, a ball would indicate the boiler presser being at high level. This was known as “highballing”.

Also, for those unaware the Gin & Tonic was invented in India!

It was discovered that quinine could help prevent and treat malaria, so it was decided that the soldiers of The East India Company posted in India needed have it in tonic water (it wasn’t the same tonic water as today, and was considerably bitter).

The soldiers would add water, sugar, lime and gin to make it taste better, and that’s how Gin and Tonic was discovered!

However, it was later discovered that tonic water didn’t help manage malaria, but the delicious cocktail caught on as manufacturers went on to lower the levels of quinine and increase the sweetness of tonic water.

We hope you like the citrusy kaffir lime twist given to it by Yangdup!

So refreshing and delicious this twist on the Caipiroska is, that it’ll will have you wanting to drink it soon as you wake up!

The inside info on the cocktail is after the video jump.

Caipiroska, a hugely popular cocktail, in fact is even more popular than the cocktail it is derived from. The Caipirinha.

Caipirinha is a Brazilian cocktail that is a mix of muddled ice, sugar, lime and Cachaça (a Brazilian fermented sugarcane liquor).

It is said that a Caipirinha bar somewhere in Europe ran out of Cachaça and figured that they would use Vodka instead. And that’s how the Caipiroska was born.

Contrary to popular belief, the Caipiroska is not a Russian cocktail. Although its name certainly sounds pretty Russian.

So there you go, a tasty twist and the back story on the Caipiroska.

Another story to tell this evening.

If you appreciate cocktails, then you must have heard about the familiar Tom Collins. About as well known as the Screwdriver and nearly as easy to make, it dates its origins back to England in the 1800s.

For those not versed with it, a Tom Collins is a mix of Gin, Lemon Juice, Sugar & Carbonated water.

What we’ve got for you is a Whiskey (or whisky) Collins. As refreshing, although with considerably more depth, this one is a must try for those who like the aroma of whiskey, but find it a tad strong for their taste.

If you like sweet drinks and are a fan of fruity flavours, you are going to LOVE this one. It’s a delicious looking and tasting berry based frozen cocktail that will make you wish that the afternoon you’re drinking it on lasts forever.

Insights on the cocktail, after the video jump.

So here’s a rum based cocktail. And in order to get into the thick of things here, it’s advised that reading this be done with mental imagery of blue water, palm trees and pristine sandy beaches.

The classic Daiquiri was invented in Cuba by a mining engineer and was a simple mix of rum, lime juice and ice. The humble cocktail though, through a series of fortunate events for it, became a runaway hit. So much so, that it was the favourite cocktail of writer Ernst Hemingway and US President John F. Kennedy.

What we have here is a much more evolved version of the Daiquiri. It’s frozen, and it has a profusion of fruity flavours and a bright evocative colour to match.

Being frozen makes it a long drink, and depending on the weather, can last you up to an hour. So if you are looking at chilling with a drink and taking it slow. Here you go!

“Maita’i roa ae!” or “Out of this world!” exclaimed the guest, soon after tasting the concoction created by the barkeep.

Another one of those iconic beach paradise cocktails, the Mai Tai is rum based and has a sweet, fruity & happy taste.

Here’s a massive twist on the original recipe, and by admission, one of Yangdup’s favourite cocktails. Details after the jump.

This cocktail is like a Shakespearean theatre of flavours. Brilliantly varied, but coming together in a way that creates a beautiful story on your palette. Only a gifted individual can get the flavours of cardamom, caramel syrup and chocolate to work together in a way as fabulous as this.

However, we tasted this and immediately understood why it is a favourite of a master mixologist, and suggest that you absolutely give making and / or trying this one for sure.

Your bar of what good cocktails are all about will get set a fair bit higher!

P.S. – Since Father’s Day is just around the corner, why don’t you head to C&D Speakeasy (if you’re in Delhi) for a nice evening out with Dad?

The benefits of Thyme are known far and wide

Want to know the secret powers of Aloe Vera?

Want to know about the benefits of Niacinamide?